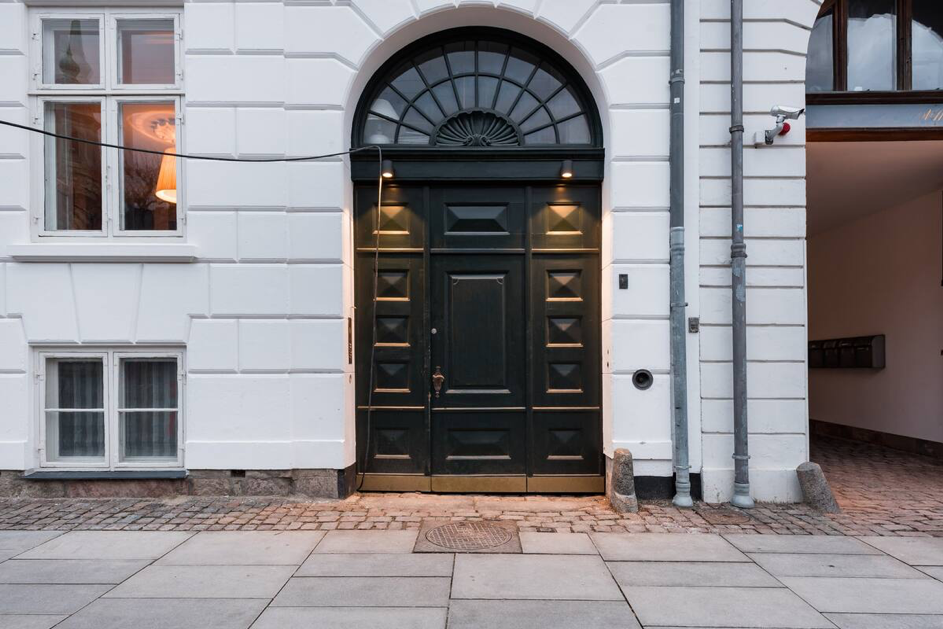 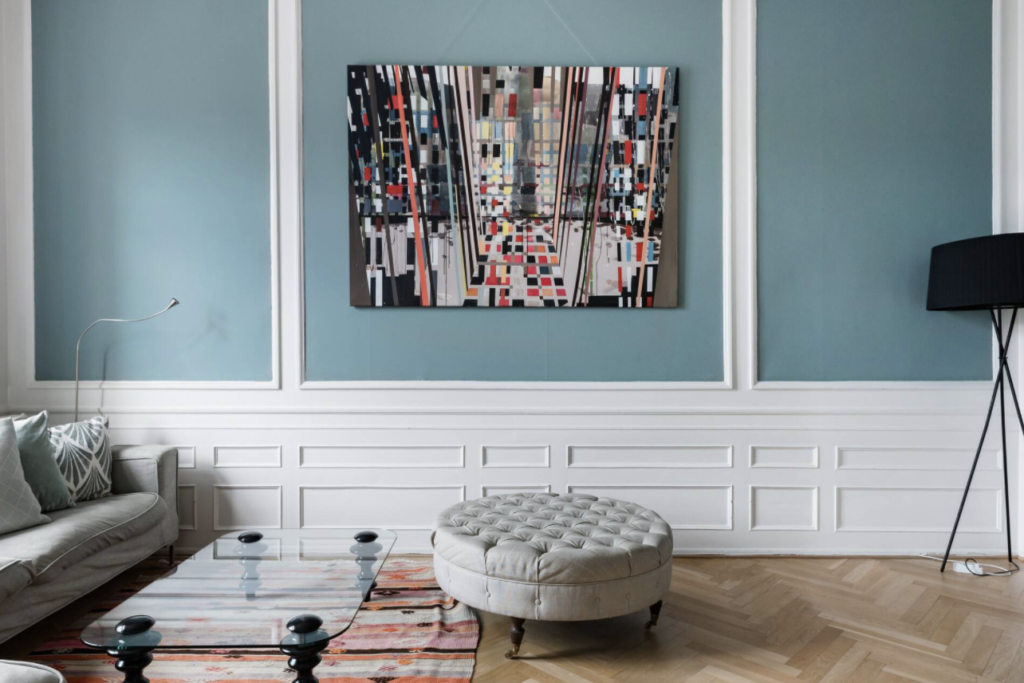 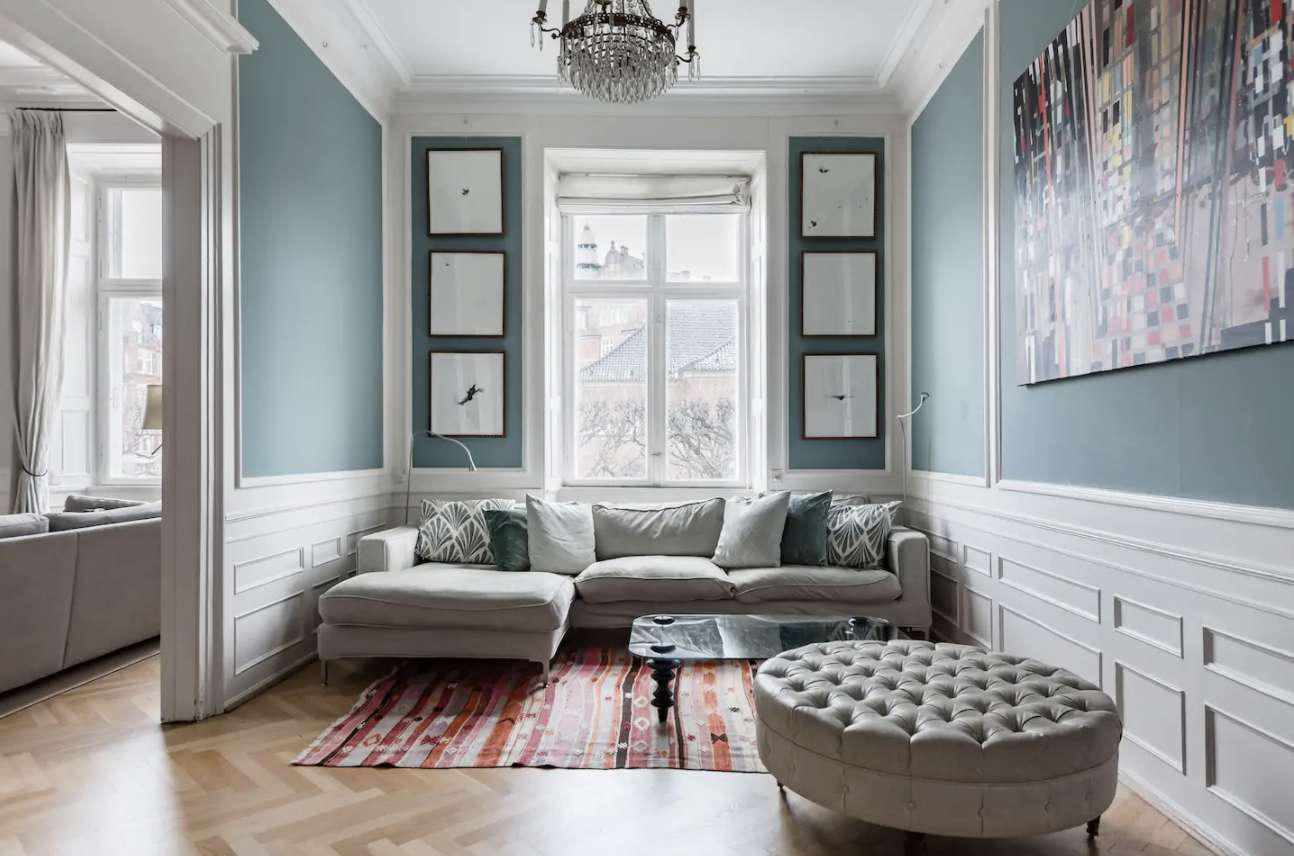 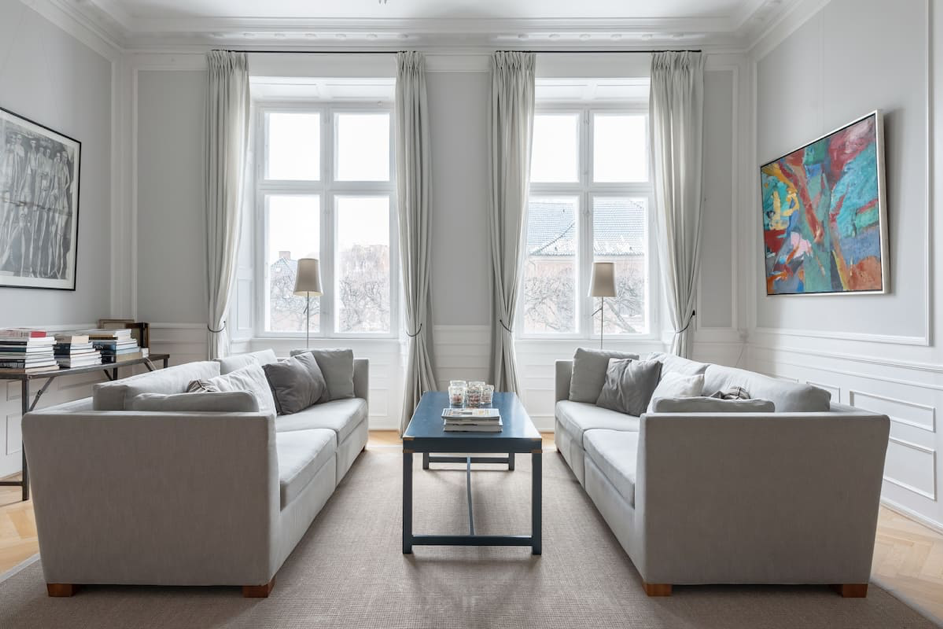 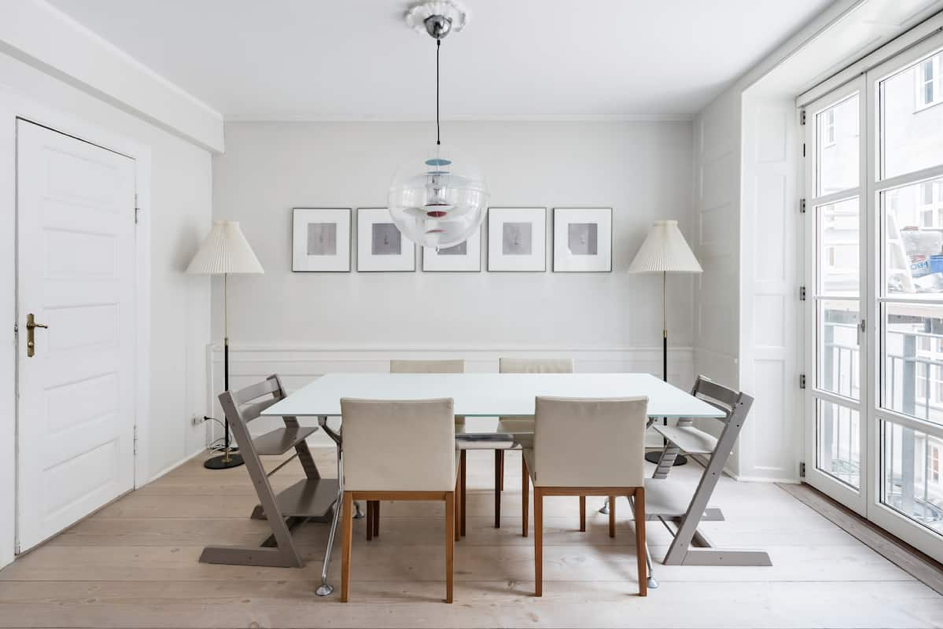 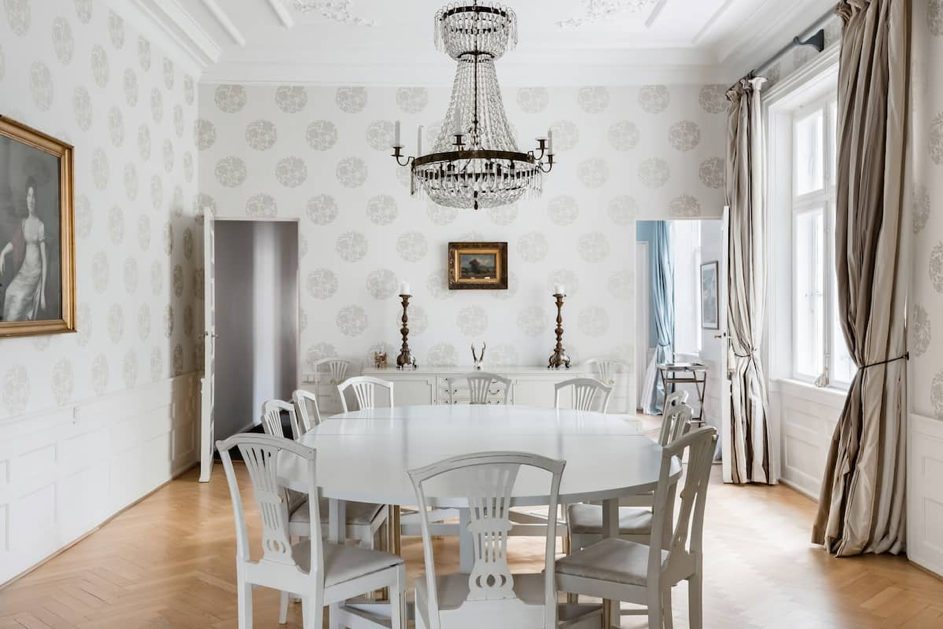 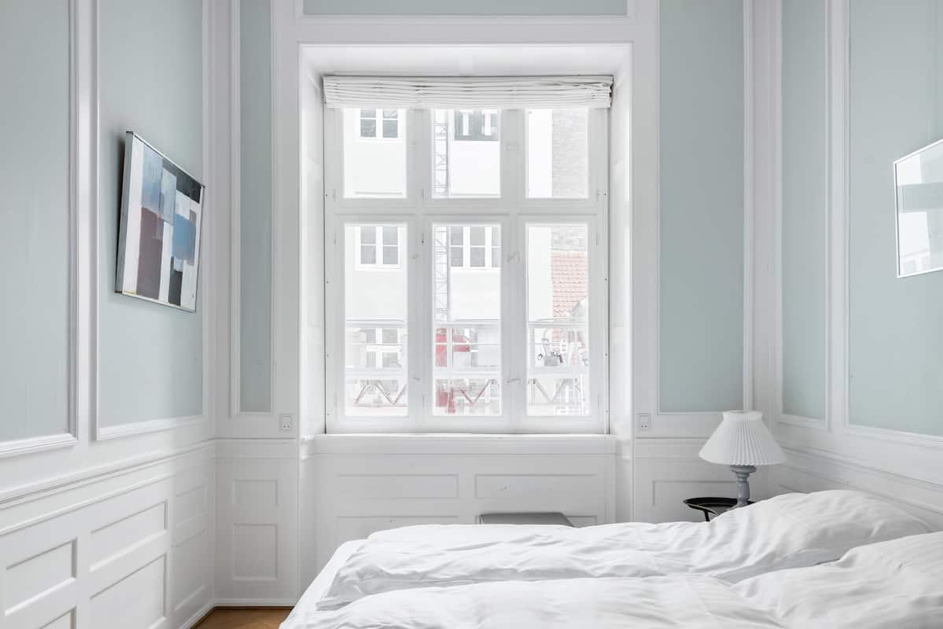 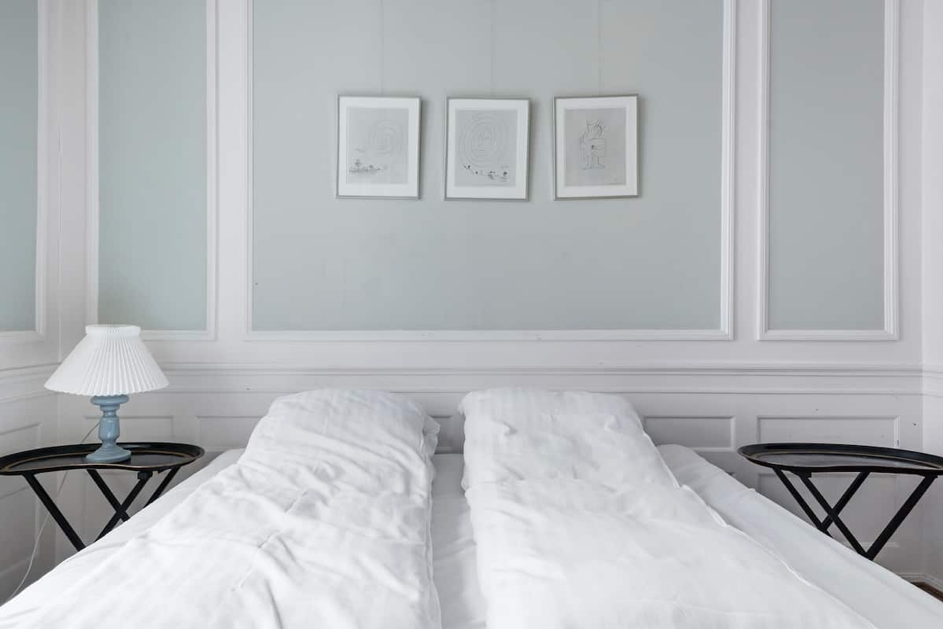 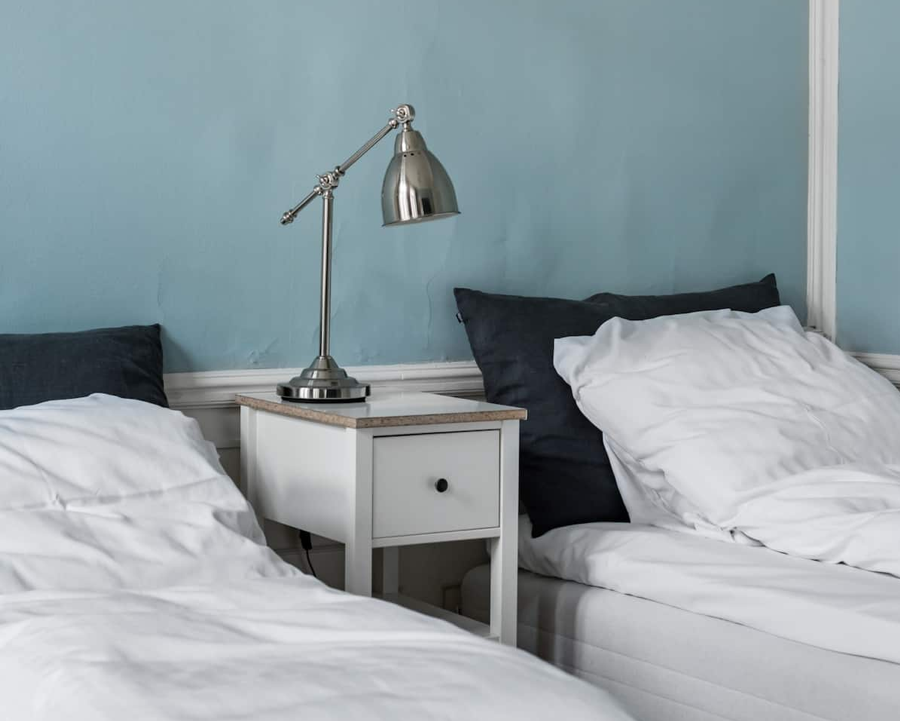 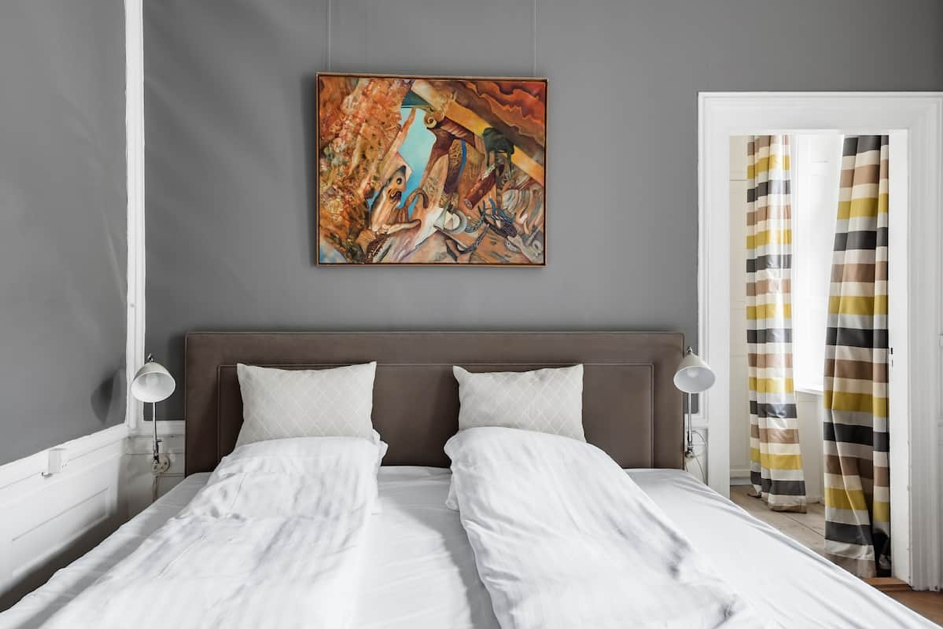 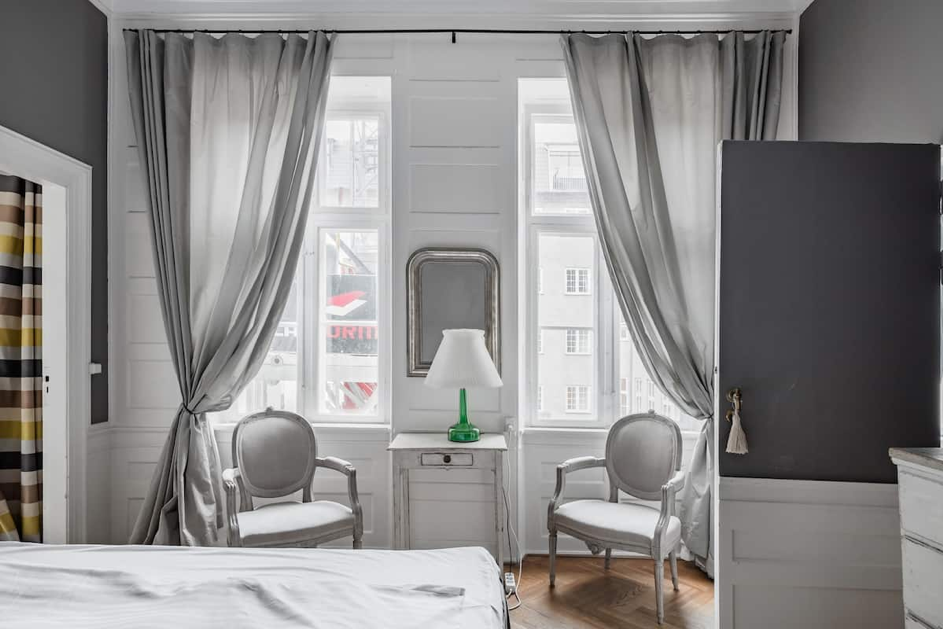 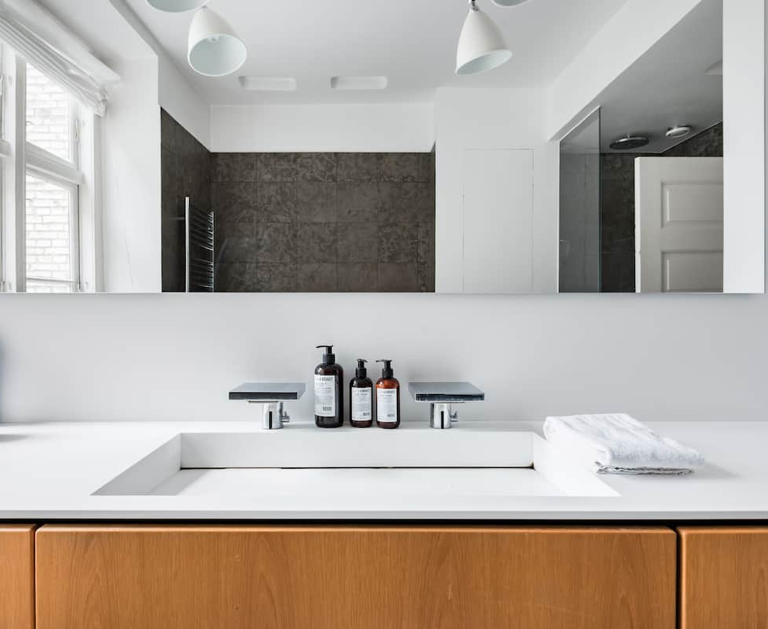 The name of this apartment refers to its origins, the apartment dates back to the year 1750 and embraces the classical elegance of that era through many details.

Imagine yourself travelling two centuries back in time when stepping through the doors of this gorgeous Danish apartment. The apartment showcases original period features such as the generous ceiling heights, tall windows, the chevron patterned wooden floors, and the detailed walls.

The furnitures have all been carefully selected to complement the original design of the apartment, as well as to provide contrast with sleek modern items and paintings.

The location of the apartment is unbeatable, directly in the heart of Copenhagen and in walking distance to almost all main attractions and sights. The size of this apartment in combination with the location makes it a rare find, and certainly a place to admire.

The layout of the house

The materials used in this apartment, such as marble in the bathroom, wooden floors throughout, large glass windows, and a subtle color scale of blue makes it embody superior quality.

There are four bedrooms:
Master bedroom: king size bed
Second bedroom: double bed
Third bedroom: two single beds (with ensuite bathroom)
Fourth bedroom: single bed (can be transformed into a double bed)
There are two bathrooms in total, both with a rain shower-head and one with a large bathtub as well.

The large kitchen area with kitchen island comes with a dining table in the same room. However, as in the 18th century style, the apartment has a second larger dining room with an antique chandelier above the dining table seating 10 guests.

From the apartment it is a mere 2 minute walk (if not less) to reach the famous Nyhavn harbour, the harbour with the many colourful houses as seen on so many postcards of Copenhagen. The Royal Castle and the Rosenborg Castle are both less then 10 minutes walking distance and the change of the guard every day at noon nearly passes the apartment directly.

Copenhagen is the food valhalla of Europe currently and there is an abundance of michelin-star restaurants in the near neighbourhood of the apartment. Lastly, the start of the pedestrian shopping street Strøget is around the corner of the apartment.

Have we caught your interest? Reach out to us by filling in below details and one of our travel specialists will get back to you as soon as possible.
You can also reach us directly on +46 722 00 4708 or at connect@scandinavianhospitality.com.